Numerous studies throughout the world have shown that chiropractic treatment, including manipulative therapy and spinal adjustments, is both safe and effective.

Many other studies have shown that chiropractic care can be a cost-effective remedy that brings healing in less time than other treatments. The California Chiropractic Association has compiled several studies that show which problems chiropractic can help. Some of them are as following:

"For patients with acute low-back symptoms without radiculopathy, the scientific evidence suggests spinal manipulation is effective in reducing pain and perhaps speeding recovery within the first month of symptoms.”

“There is strong evidence that manipulation is more effective than a placebo treatment for chronic low-back pain or than usual care by the general practitioner, bed rest, analgesics and massage.” - Spine, Van Tulder and Bouter et al. (1997)

“New research in The Journal of the American Medical Association today suggests that patients who opt for nonsurgical treatments can get the same benefits in pain reduction and function in the long term as those who chose surgery.” -ABC News 2010< http://abcnews.go.com/Health/story?id=2670812&page=1>

“...for the management of low-back pain, chiropractic care is the most effective treatment, and it should be fully integrated into the government's health care system.” - The Manga Report (1993)

“The results of this study show that spinal manipulative therapy is an effective treatment for tension headaches...Four weeks after cessation of treatment...the patients who received spinal manipulative therapy experienced a sustained therapeutic benefit in all major outcomes in contrast to the patients that received amitriptyline therapy, who reverted to baseline values.” - Journal of Manipulative and Physiological Therapeutics, Boline et al. (1995)

The University of Chicago Medical Center published a study that reported “…individuals with a misaligned Atlas vertebra (located high in the neck) and high blood pressure showed that after a one-time specialized chiropractic adjustment, blood pressure decreased significantly. The decrease was equal to taking two blood-pressure drugs at once.” The results are published in the online March 2 issue of the Journal of Human Hypertension.

For containing costs and getting workers back on the job

“The overwhelming body of evidence” shows that chiropractic management of low-back pain is more cost-effective than medical management, and that “many medical therapies are of questionable validity or are clearly inadequate.” - The Manga Report (1993)

Research from Italy in 1987 concluded, “A most meaningful indicator of the effectiveness of chiropractic is the improvement is produces in the quality of life, not only because of its curative effect but also thanks to its preventative and rehabilitative functions.”

Near Me – Southern California Health Center

If You Suffer From Back Pain, Watch This!

Many people from suffer from back pain resort to medication or surgery, however there safer alternatives. Souther California … 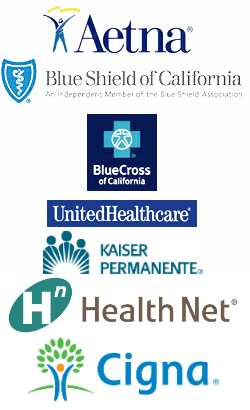